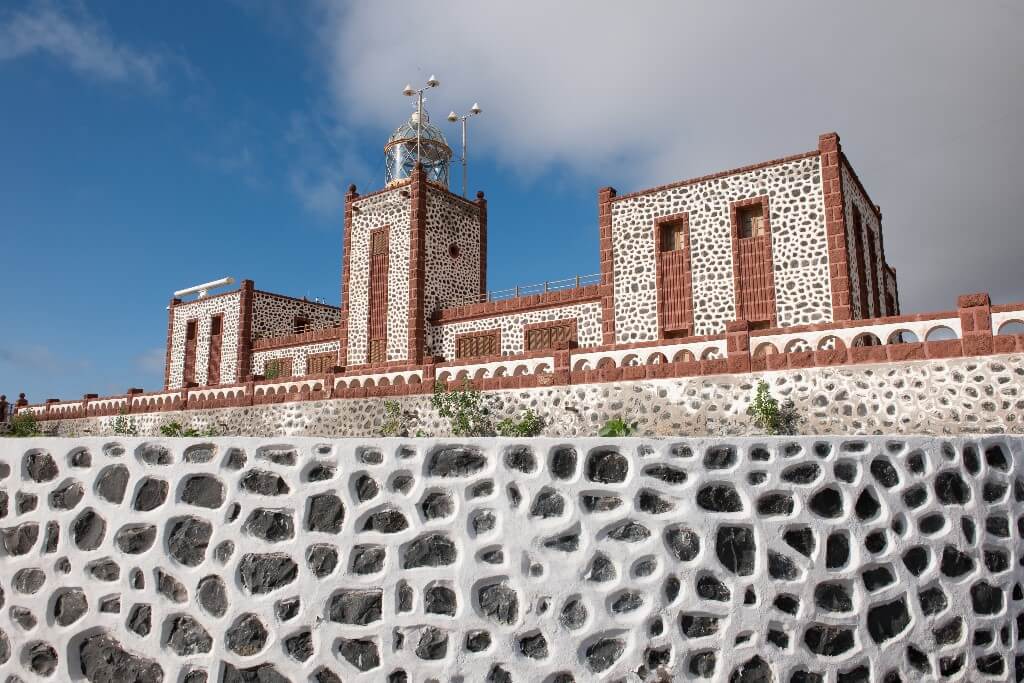 Near the village of Las Playitas, in the municipality of Tuineje, is the Faro de La Entallada lighthouse, a building restored by the Cabildo of Fuerteventura from where you can enjoy the impressive views of the coastline of Fuerteventura.  The U-shaped building has a courtyard facing inland, unlike the main façade, which faces out to sea.  Three majestic towers welcome the visitor. One of them has a glass dome on top of the eleven-metre-high tower. The lighthouse was built between 1953 and 1954. This dome is also used for guiding aircraft and is therefore a model of an aerofoil lighthouse.  History recalls that these installations guided the planes that made the route between Gando airport and the Spanish Sahara. This lighthouse guided aircraft such as Junkers during the Sidi Ifni conflict.