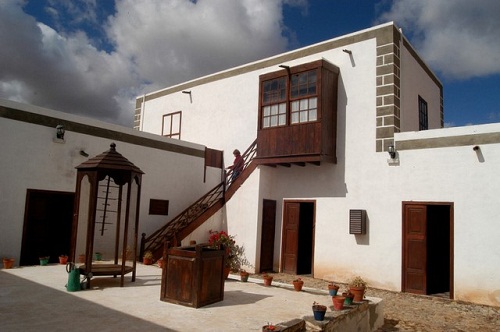 This House Museum was bequeathed by Doctor Mena to his heirs and is now known as "Casa de los Alfaro". Converted into a museum, it has been decorated with elements of a well-to-do rural house.

The building in which this House Museum is located was bequeathed by Dr. Mena to his heirs and today it is known as "Casa de los Alfaro", due to the fact that the family of this surname remained there until 1999, when it was acquired by the Cabildo of Fuerteventura to be used as a House Museum.

The Casa Museo building is characterised by its considerable dimensions, in relation to the domestic buildings in the surrounding area. This House Museum has been decorated with elements typical of a well-to-do rural dwelling, including several objects of Dr. Mena's personal use.