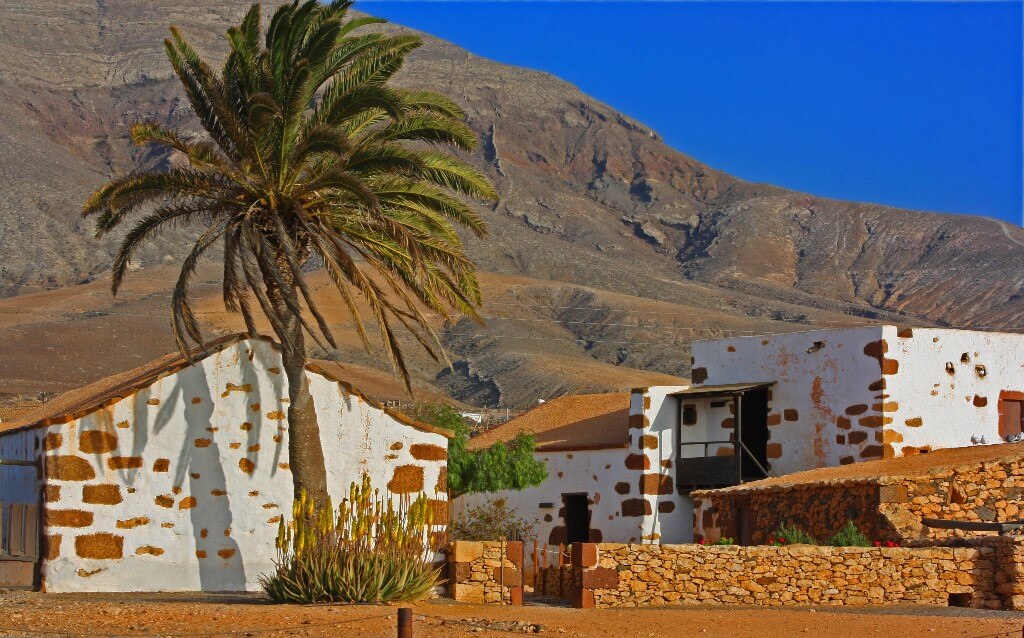 La Alcogida is located in the southern part of the village of Tefía, on the island of Fuerteventura.  The name comes from its location, a natural space dedicated to collecting rainwater. The settlement has been restored as an Ecomuseum: The traditional elements of the Ecomuseum are: pipes, cisterns and drains that were built for the channelling and storage of water, bread ovens, baker's ovens, tahonas, threshing floors, alpendes and gañanías, haystacks, dunghills, sand pits, domestic animals, together with the dwellings with their furniture and equipment, stone houses, with lime and gabled roofs, with different traditional architectural styles, ranging from more complex constructions typical of the wealthiest families to modest buildings that recall the humble past of the Majorero peasants. Each of the houses retains the name of its former owners, such as the house of Mr. Jacinto, Mrs. Erminia, Mr. Teodosio Ramos, the Herrera and Cabrera families, some of whom lived in the area until the seventies. From the village you can see a mill located in Llano de Muchichafe and a mill in Tablero del Morrito, used to grind grain and make gofio and flour. You can also see how the craftsmen work with fretwork and clay.

The Ecomuseum La Alcogida is an important part of Fuerteventura's cultural heritage. It is conceived as a natural space where we can see and enjoy the culture of several generations, which constitute the collective heritage of the people of Fuerteventura.