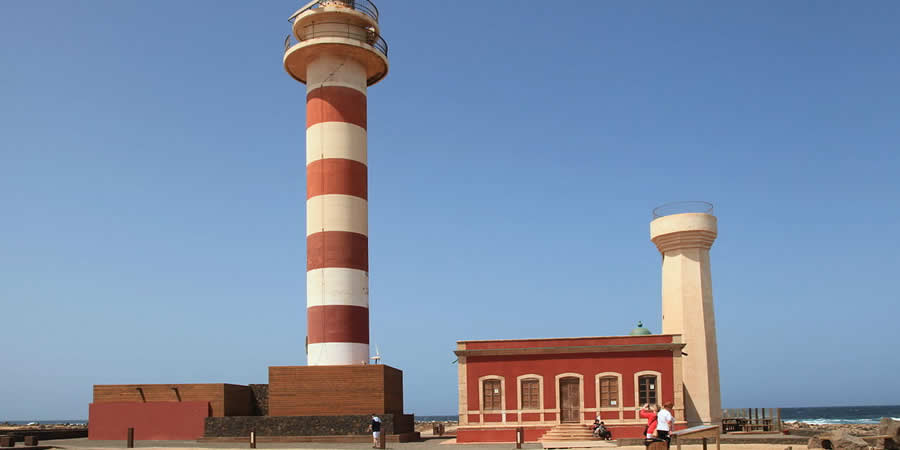 Traditional fishing is one of the activities in which the customs and traditions of the inhabitants of Fuerteventura survive, as an example of a form of sustainable exploitation of natural resources.  The choice of location is particularly appropriate, both because of its proximity to one of the island's main fishing villages, perhaps the one that has best preserved its seafaring identity, El Cotillo, and because of the building selected.  The origins of the Faro del Tostón lighthouse date back to the end of the 19th century, its purpose was to mark the shallows of the Tostón, which is located in front of the point of La Ballena, where the lighthouse stands. It also marks the Bocaina pass, the strait that separates Lanzarote and Fuerteventura. Construction work on the lighthouse began in 1897.  Its architectural typology is typical of lighthouses of the time.  It is a rectangular building, with stone masonry and the tower attached to one of its corners.

Fuerteventura's history is closely associated with the sea and the exploitation of its resources. Fishing has been an essential activity for feeding the island's inhabitants for many periods. The aboriginal communities of the archipelago already carried out intense fishing activity in the inter-island seas, which in the case of Fuerteventura seems to have been exclusively coastal.

Other resources worth mentioning in this area are the existence of a palaeontological site, the sea bed and the nearby dune fields, as well as the valuable ornithological fauna with some species of undoubted interest.